Masonic History of The Lodge

Our History in Lethbridge

Masonic History of The Lodge

The first Masonic Lodge in Lethbridge was instituted in 1888 and granted its charter on February 14th, 1889 as North Star # 41 on the Grand Register of Manitoba using York Rite ritual.

By 1908 the town of Lethbridge had grown and expanded to a point that the Masons of Lethbridge felt there was a need for more than one Lodge in town. Therefore a dispensation was applied for on March 7, 1908 for the formation of a new Lodge. The first meeting of this new Lodge was held under dispensation on Thursday, March 19, 1908, the charter was granted on May 30, 1908 and the new Lodge, to be known as Lethbridge Lodge #39 was constituted on July 9, 1908 with 28 charter members.

In the first year Lethbridge Lodge #39 initiated 11 candidates and had 5 affiliations under its first Master, W. Bro. A.C. Messer. 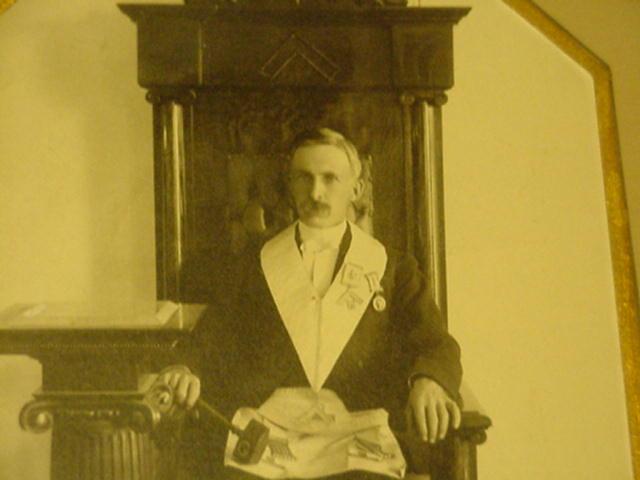 The Lodge’s first installation was a joint installation with North Star #4 in December of 1908. In the next number of years the Lodge continued to grow and by 1912 the Lodge felt it was time to sponsor a second Canadian Rite Lodge in Lethbridge. Consequently Lethbridge Lodge #39 sponsored a second Canadian Rite Lodge, which was to meet on the North side of Lethbridge. This new Lodge was to be known as Charity Lodge and was instituted and constituted as Charity Lodge #67 in 1912.

At the June 20th meeting in 1912 a motion was passed invest Lodge funds in a new Masonic Hall in the form of shares. The result was the purchase of the Sons of England Hall and the transformed into the Masonic Hall at 315 – 10 St. south, which is the Masonic Lodge Hall in use today.

During the First World War period from 1914 to 1918 nineteen members of the Lodge signed up to serve in the armed forces with three paying the supreme price. In 1914 R.W. Bro. J.T. Graham served as the DDGM of District #11.

The 1920’s were happier times and the membership continued to grow and the Lodge prospered. In 1925 R. W.  Bro. J.E. Rannard served as the DDGM of District #7.

The 1930’s brought the depression along with declining membership and difficult times requiring frequent calls for charity due to the hardships being experienced by many of the members and their families. R.W. Bro. T.R. Davidson served as the DDGM in 1931 for District #7 and R.W. Bro. W.T. Lingard in 1938.

The Second World War saw five members of the Lodge serve overseas throughout the conflict with all returning safely home. In 1943 R .W. Bro. P. Cull was elected DDGM for District #7. During this period fraternal visits were started with Concord Lodge #124 in Calgary and continue to this day. R.W. Bro. P.C. Engle was elected DDGM for District #7 in 1950. In 1958 the 50 Anniversary of the Lodge was held at the Marquis Hotel under the guidance on Lethbridge #39 member R.W. A.W. Rider who served as DDGM that year.

The 1960’s brought with them many changes including retiring the Union Jack and bringing the new flag of the nation emblazoned with the Maple Leaf. It was during this period that the Banff Spring Workshop came into being as a Masonic instructional weekend. In 1969 R.W. R.H. Thornton was elected DDGM for District #7.

During the 1970’s the Lodge continued to thrive overcoming many difficulties including sickness and declining membership and fewer candidates. A number of the Brethren took on the responsibility of District Deputy in District #7 with R.W. Bro. J.A. Norrie serving in 1976 and R.W. Bro. J. C. Moore in 1979.

It was also in 1976 that Lethbridge had another Grand Master from Lethbridge – M.W. Bro. A. O. Aspeslet, a member of Charity #67. In 1979 a joint effort was undertaken to rejuvenate the Masonic Hall creating some retail space and upgrading the heating system and the building exterior.

The 1980’s brought many changes to the Lodge including many new members as well as the passing many of the old guard. In 1983 Lethbridge #39 celebrated its 75th anniversary with a banquet at which the Grand Master M.W. Bro. Stan Harbin was in attendance. The grand Master was invested with the honorary title of “An Honorary Jerry Potts Scout” to celebrate the occasion.

In 1989 the Lodge published a compilation of the “Masonic Poems & Papers” of Bro. Tommy Topping.

During the 1990’s the Lodge undertook a highway cleanup project as well as participating in the Lethbridge Air Show as community activities in an attempt to raise the profile of Masonry in the community.

As the Lodge moves into the 21st century and  closer to our 100 year in 2008, the Lodge continious to attract new members and maintain a steady membership.

In 2003 R. W. Bro. J.B. Hutton was elected and served as the DDGM for Chinookarch District.

In 2007 the Lodge was busy preparing for the 100th centennial of the Lodge in 2008 under the guidance of the Worshipful Master W. Bro. Kevin Gano.

In 2008 the Lodge celebrated its centennial with Worshipful Brother Ron Freng sitting in the in the east. The lodge bought new collars and jewels for the officers as well as aprons for the three principle officers.

To commemorate the occasion of the lodge centennial, the lodge had the original lodge officer’s group picture from 1908 restored a second picture duplicating the first 1908 picture made with the 2008 centennial officers. Both pictures now hang in the festive board room at the Masonic Hall.

Currently the Lodge participates in a number of community activities, district barbecues, district research and education activities, fraternal visits with Lodges outside the District, and friend’s afternoons/evenings.